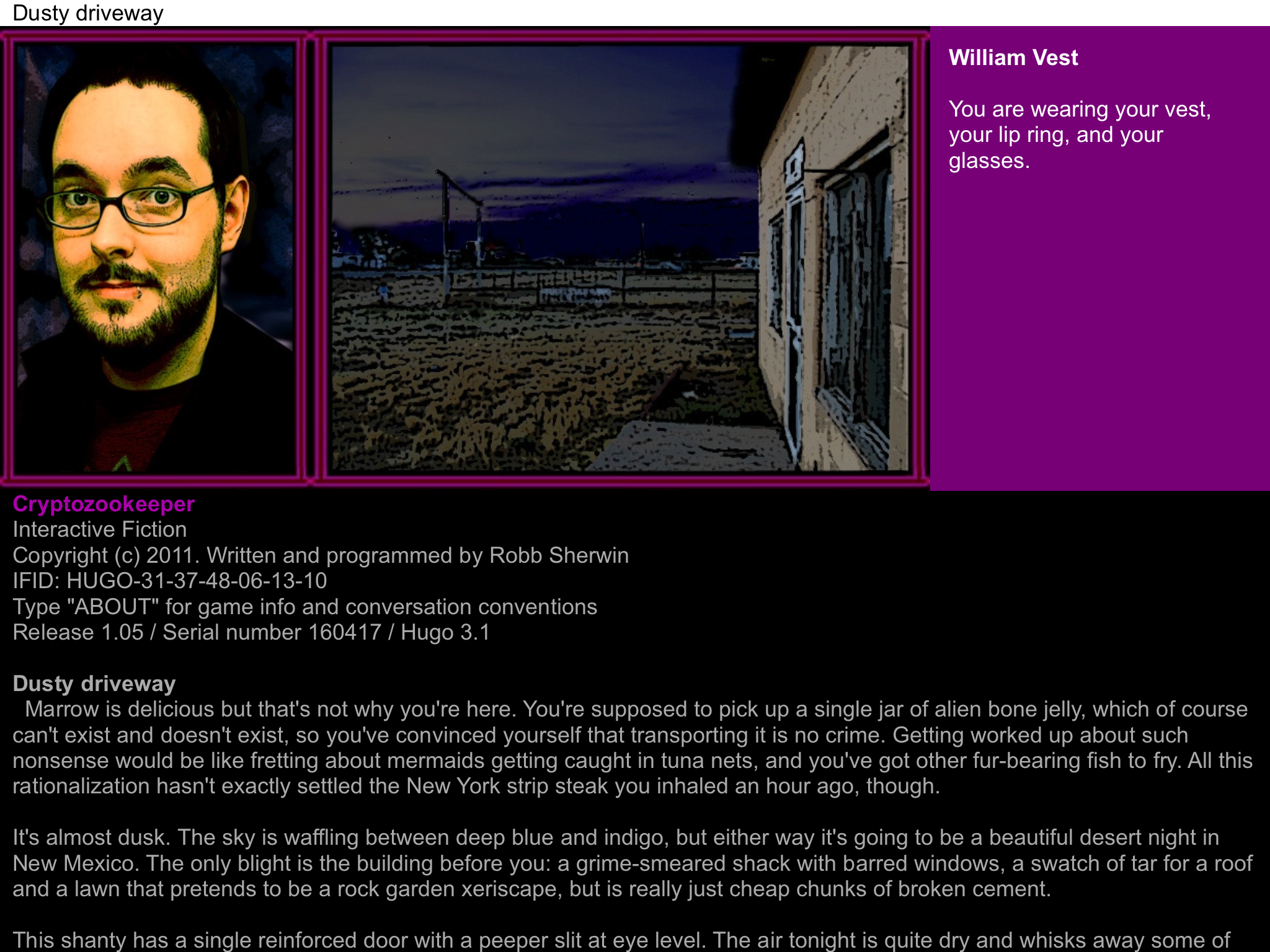 All materials on this page and screenshots taken from the game itself are free to use for journalistic purposes.

Cryptozookeeper is a traditional, Zork-style text adventure, also known as Interactive Fiction. The game is played by typing commands and reading the game's responses as text. Part of the game is centered around creating, training and combat with fantastical creatures, which incorporates RPG elements into the gameplay.

The mobile version of the game has been adopted for both phones and tablets. The game layout adapts to the device it's played on, adjusting the game's graphics depending on the available screen space.

The game can be downloaded from the App Store for Apple devices and from the Play Store for Android devices. Cryptozookeeper contains adult themes such as profanity and horror elements, and it is not recommended for children.

Five years into the future, in a dusty town in New Mexico, William Vest has been tasked with delivering a package of alien bone marrow. Everything goes quickly awry as Vest learns his employer has used the marrow as bait, to kill him.

Escaping death, Vest finds himself on the run with only two things that can save him – his complete lack of proper scientific methodology, and a machine that can create creatures of pseudoscience, or cryptids. Along with a few gruff and sarcastic companions, Vest must solve puzzles and scenes in order to find valuable animal DNA that he can then combine into creatures like Big Foot, the Loch Ness Monster, and the fur-bearing trout.

The mobile version was implemented by Juhana Leinonen (Mantissa Ltd) who has worked for several years on Interactive Fiction related technologies including Vorple and Texture.

Click to open a full-sized version of the image. The images are also included in the materials package. 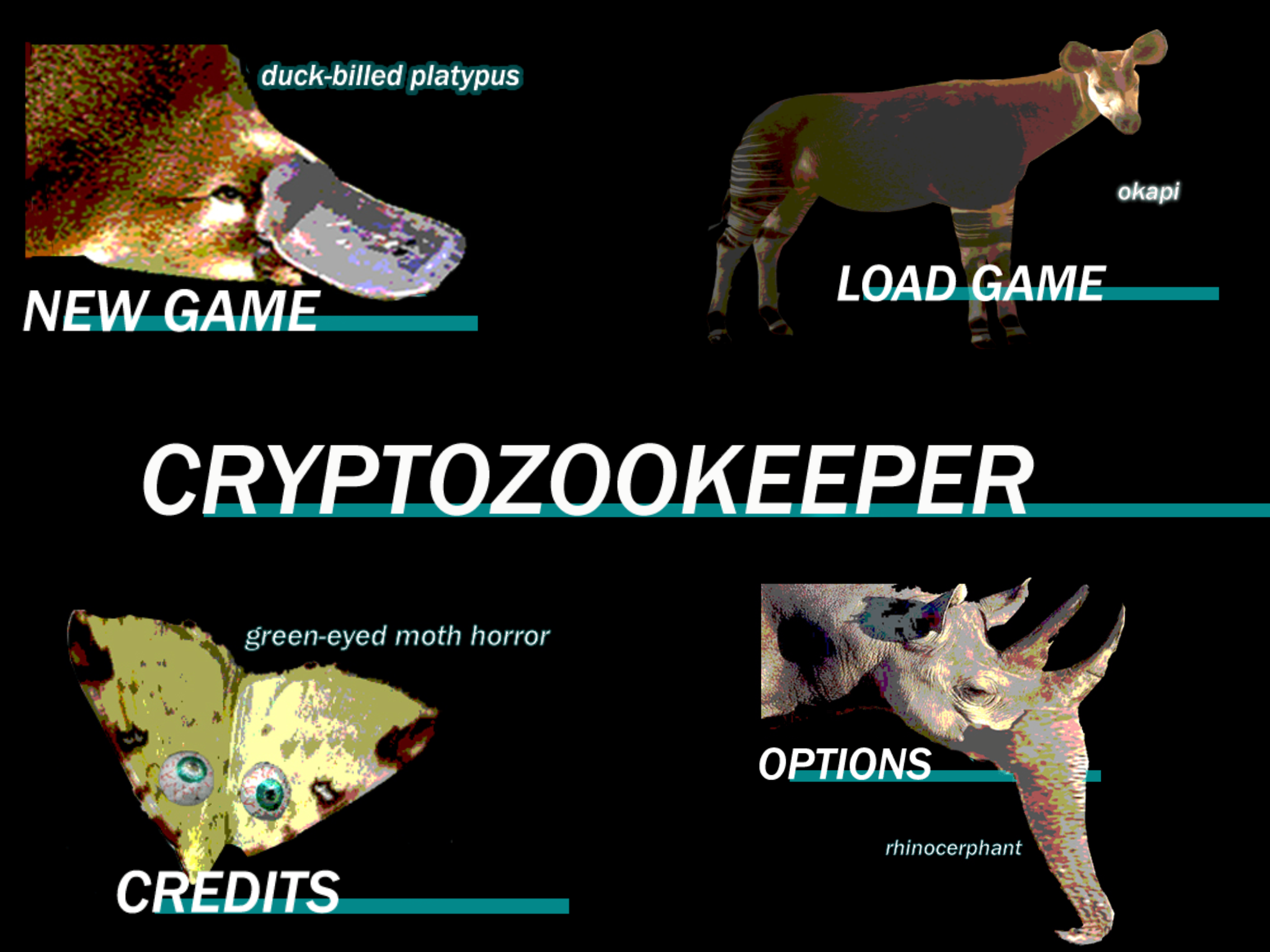 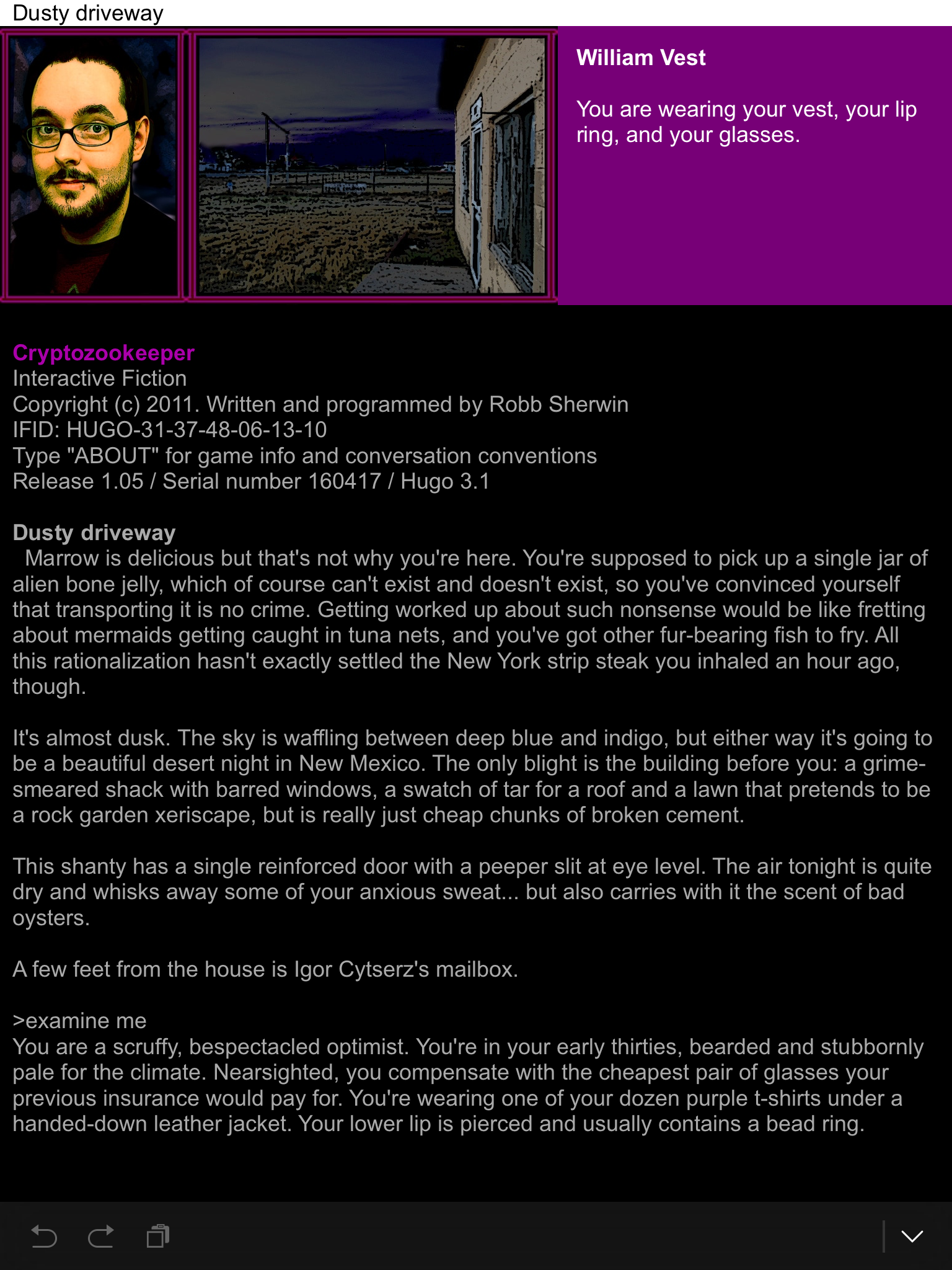 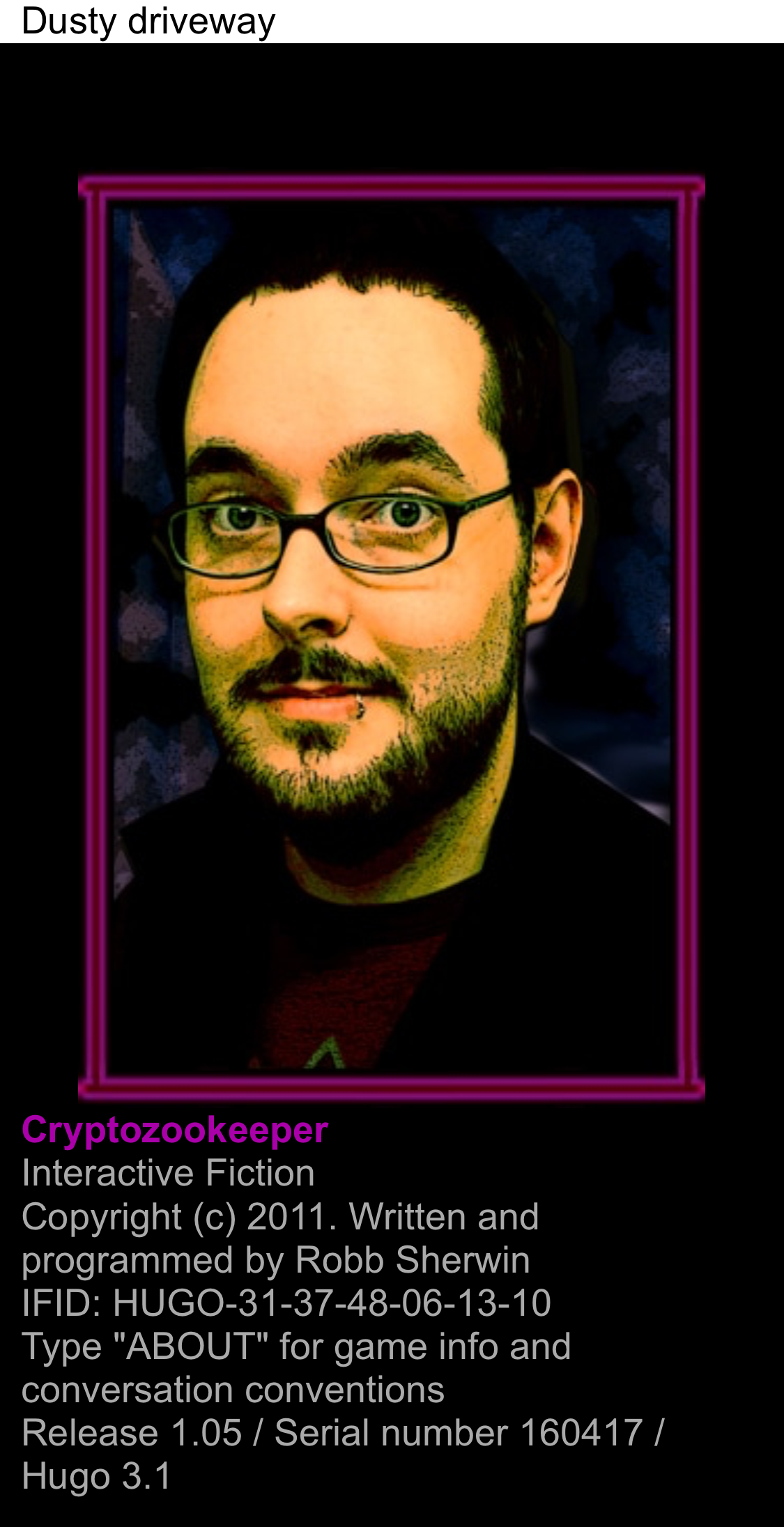 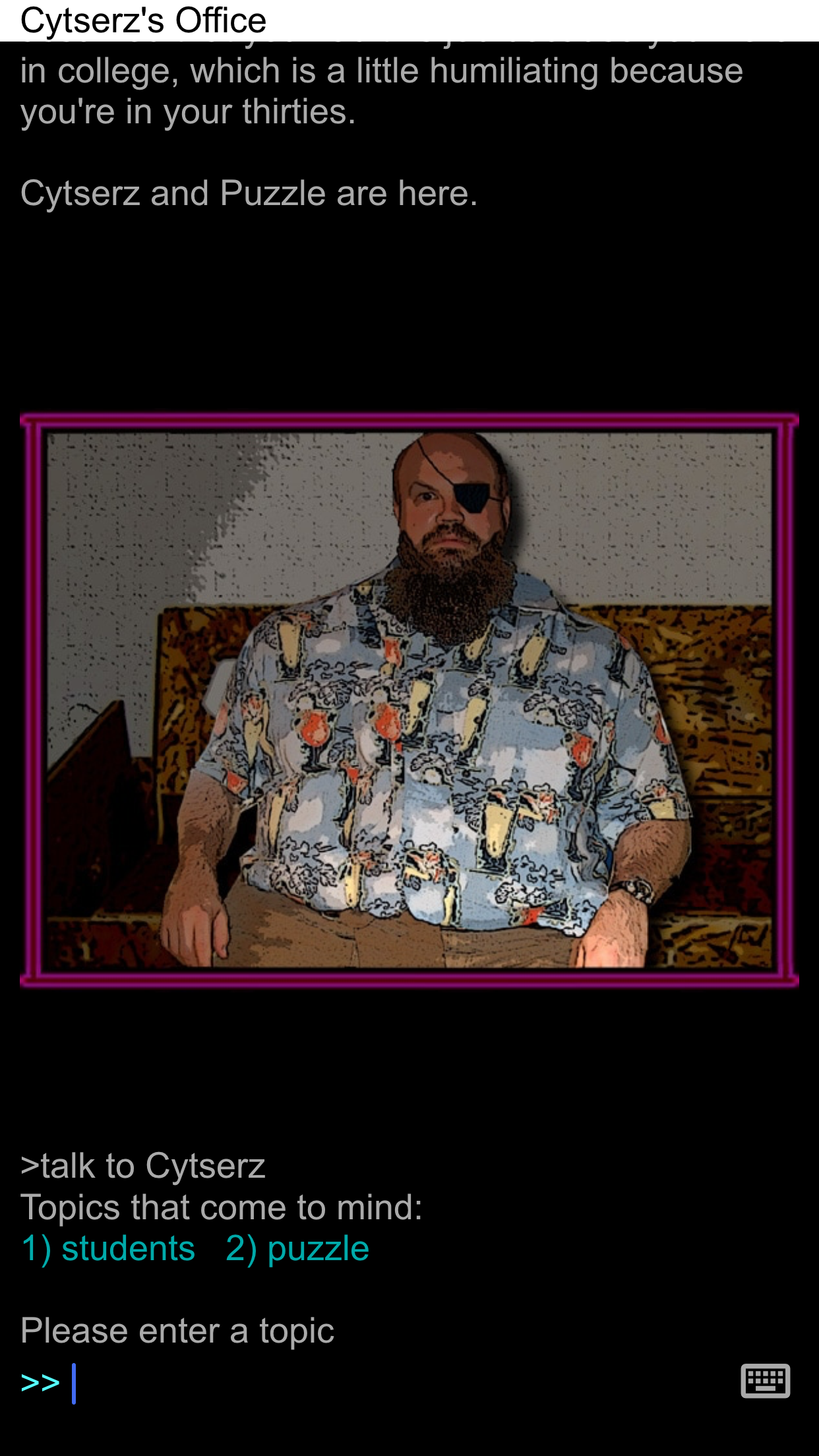 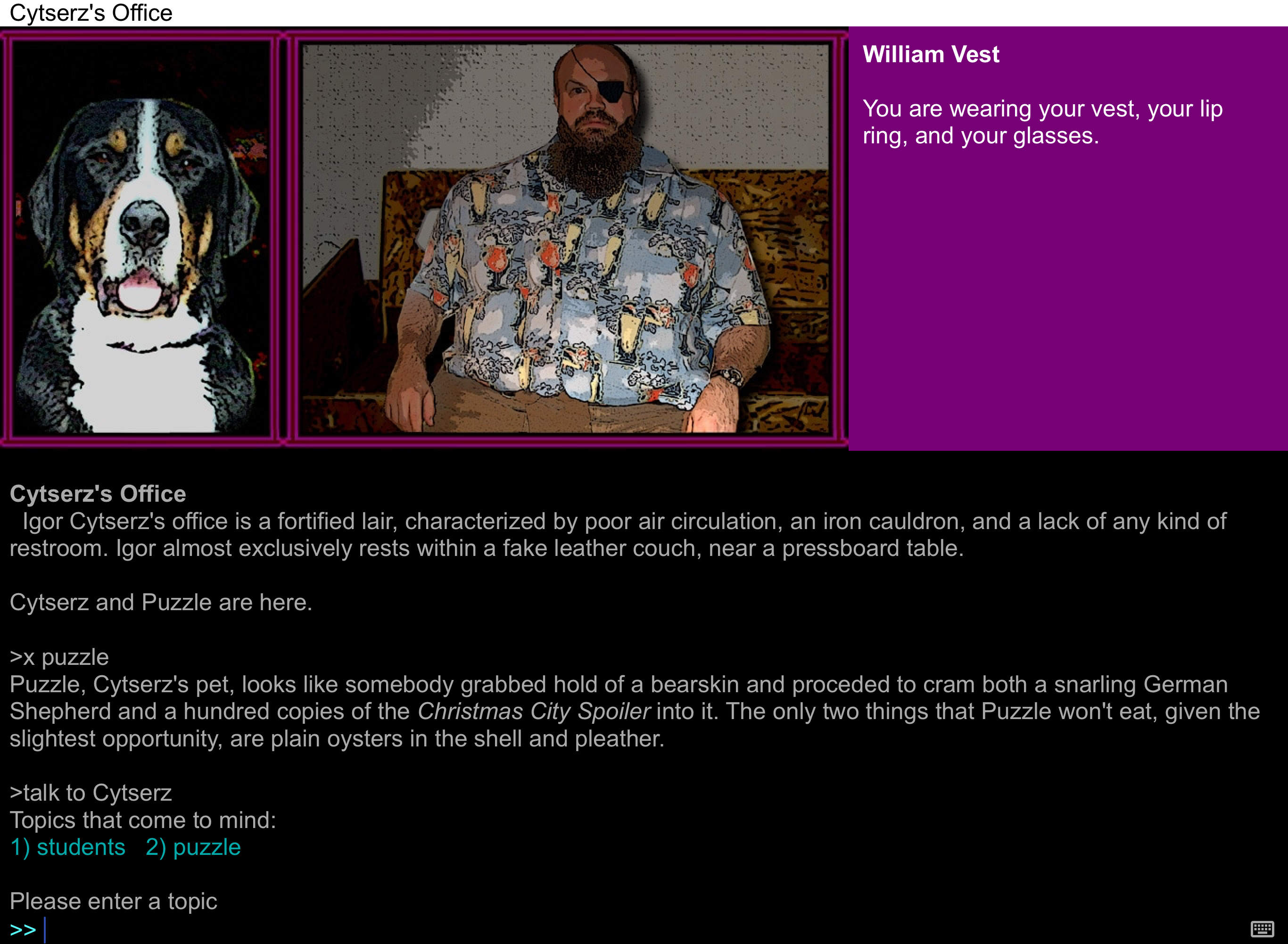